Posts from the ‘Lizards’ Category 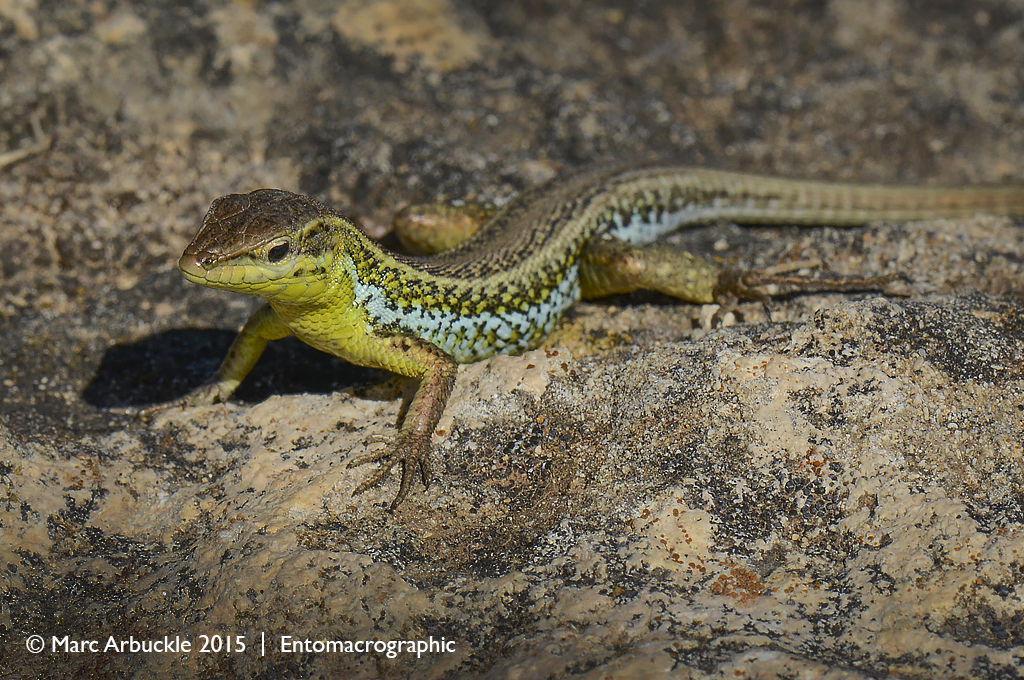 Ultimately the combination of heat and wind made photographing insects in Cyprus rather tricky so I turned my attention to some of the lizards.

Pictured above is the European snake-eyed lizard Ophisops elegens and very pretty it is too. A characteristic feature of Ophisops species is their lack of separate eyelids. Instead, the eye is covered by a transparent ‘spectacle’ similar to that of snakes, giving rise to this species’ common name and which gives this lizard something of a ‘staring’ expression.

Also fairly common were these Schreiber’s fringe-fingered lizards Acanthodactylus schreiberi which are on the IUCN red list of threatened species. Listed as Endangered because of a serious population decline, estimated to be more than 50% over the last 12 years. For example in nearby Turkey it is now very rare. The fringe of pointed scales along their long, agile toes allows them to run easily across loose, hot sand.

In Cyprus the subspecies syriacus is still locally common and I would often see them scuttling across the bare ground in front of me.

During my recent trip to Cyprus to photograph insects and butterflies I saw a lot of lizards. It was a bit of a herpetologist’s dream. In England we only have two lizards, the Viviparous and the Sand Lizard. In Cyprus there are eleven. The largest of which is the Starred Agama Laudakia stellio, also known as the Sling-tailed Agama, Star or Spiny Lizard. The Agamids, a very ancient order of reptiles are represented by only one species in Europe although there are over 300 world wide. However, there are many recognised subspecies throughout the mediterranean, particularly on the islands. Ladakia stellio cypriaca is endemic to Cyprus. END_OF_DOCUMENT_TOKEN_TO_BE_REPLACED