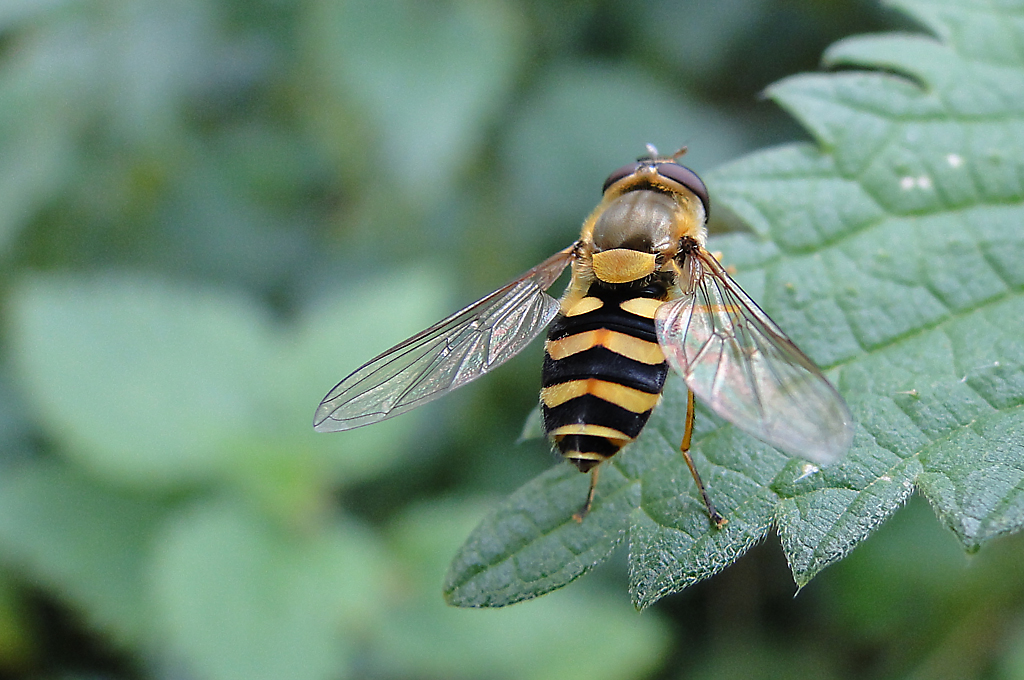 Some insects are more accommodating than others when it comes to taking photographs. Not only are some species easier to photograph but actual individuals can vary. Some are off as soon as they catch sight of you whilst others will quite happily sit there until you accidentally nudge them with the lens. Some I swear ask for a make-up artist. Take this little Hover-fly for example which I believe is Syrphus ribesii. Although it did fly off quite a few times, fortunately it only went as far as the next bush. It often depends how warm it is. In my experience the hotter it gets, the harder it gets. I’ve found that for macro photography a warmish overcast day is best. END_OF_DOCUMENT_TOKEN_TO_BE_REPLACED

Although I’ve managed to capture some reasonable macro images like this one of a tiny Shining Fungus Beetle Scaphidium quadrimaculatum using a bridge camera as they are called (initially a Sony Cyber-shot H10 and more recently a HX1), I have to be honest and say it’s been more to do with luck than skill.

Even the very best of my macro images are not in the same league as those taken with proper macro lenses. It’s all to do with the quality of the lens or ‘glass’ as photographers like to call it. Of course I do work at it but as my HX1 has no manual focus I’m rather at the mercy of what it decides it’s going to autofocus on. With macro photography focus and sharpness is what it’s all about and with the majority of insects it makes sense for the point of focus to be the head or eyes. The only way I can work around this is to take lots of shots and just hope I get lucky. Sometimes I do but it can be a bit disappointing when I’ve come across something really unusual or particularly interesting only to find out later that the images are all just slightly out of focus.

So earlier this year I moved up to a Nikon DSLR but sadly that’s only half the battle, as to do the business it needs to be paired with a proper macro lens. I’ve got my eye on the Micro-Nikkor 105mm f2.8 but there’s just the small matter of the £600+ price tag which is more than I paid for the camera. Oh and adding a dedicated Speedlight macro flash unit will add another £650. Ouch.