One for St David 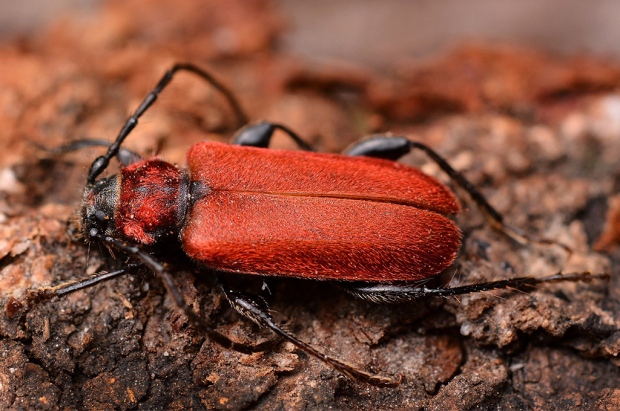 One of the pleasures of being the Wiltshire county recorder for Coleoptera is receiving emails from fellow recorders, particularly when they’ve found something interesting on their patch. For example, last May Sue Walker and Tony Goddard found a specimen of the strikingly handsome welsh oak longhorn beetle Pyrrhidium sanguineum crawling up the outside wall of their house in Bentley Wood, South Wiltshire. After verification this was determined as a new first for the county. It’s more usually encountered in central and South Wales and the bordering counties of Herefordshire, Shropshire and Gloucestershire. This exciting find was later written up as a note in The Coleopterist.