Posts from the ‘Spider’ Category 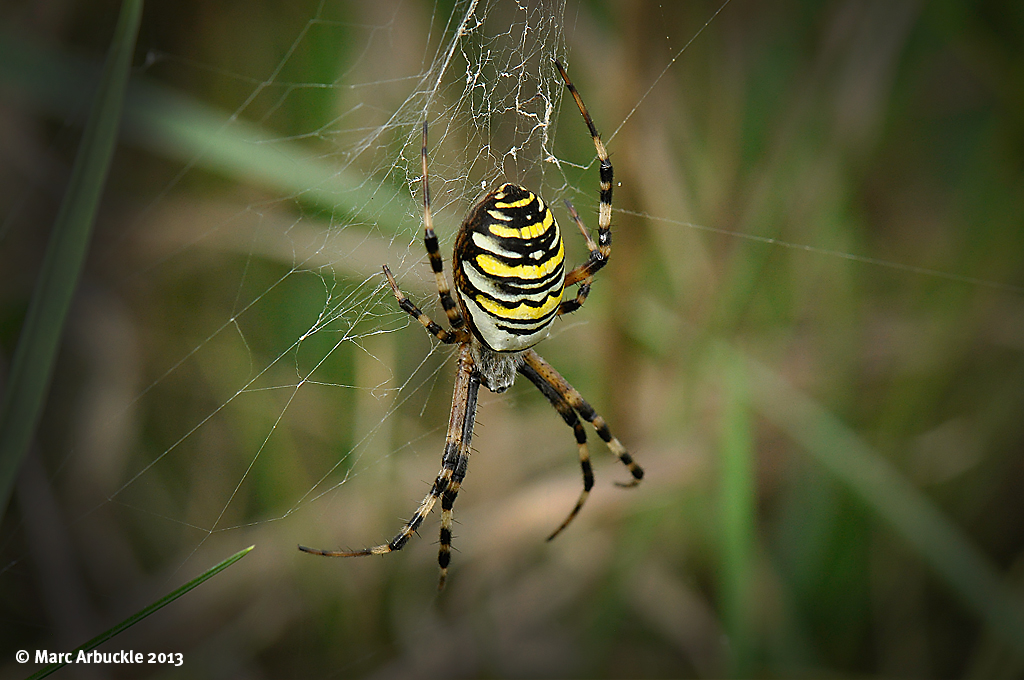 I’m fascinated by insects but spiders give me the willies. I found this strikingly coloured example a couple of weeks back while practicing my grasshopper identification skills in Winchester, Hampshire. It’s a female Wasp Spider Argiope bruennichi which is a species of orb spider.

Initially believed to be a Mediterranean species it has been recorded in small numbers on the south coast since the early 1920s. However, it has started to spread slowly northwards and has recently been found at Lakenheath Fen in Norfolk. Here in Wiltshire it was first recorded in 1999 but is still a relative rarity as it only becomes established where long grass is not regularly managed. To survive wasp spiders need warm summers and mild winters, so with global warming they may become a far more common sight.

Be warned though, although non-poisonous if mishandled she can bite and her fangs are certainly strong enough to pierce human skin.