Posts from the ‘Beetles’ Category

Try to set the night on fire

The recent run of warm weather here in the UK has been a reminder of how hot it was when I visited Cyprus in April. This little chap was one of the first insects I encountered in the village of Frenaros where my mum and dad now live. My reason for showing it here is that this strikingly coloured red and black bug, that looks as though it has an african mask painted on its back, may be spreading northwards into England. Recently it has been found in Devon. Previously there have been small colonies in Surrey and Sussex and sporadic reports elsewhere. Although Britain has traditionally marked the northernmost edge of its range it has been a native of Jersey and Guernsey in the Channel Islands for some time now. In the last decade the populations there have increased greatly. So it may be an insect worth looking out for in future.

It proved a particularly difficult subject to photograph. Being almost manically active due to the very warm temperature. It wouldn’t keep still, even for a fraction of a second, and so the vast majority of my photos were just slightly blurred. But I persevered over several days and eventually succeeded in getting this image. END_OF_DOCUMENT_TOKEN_TO_BE_REPLACED 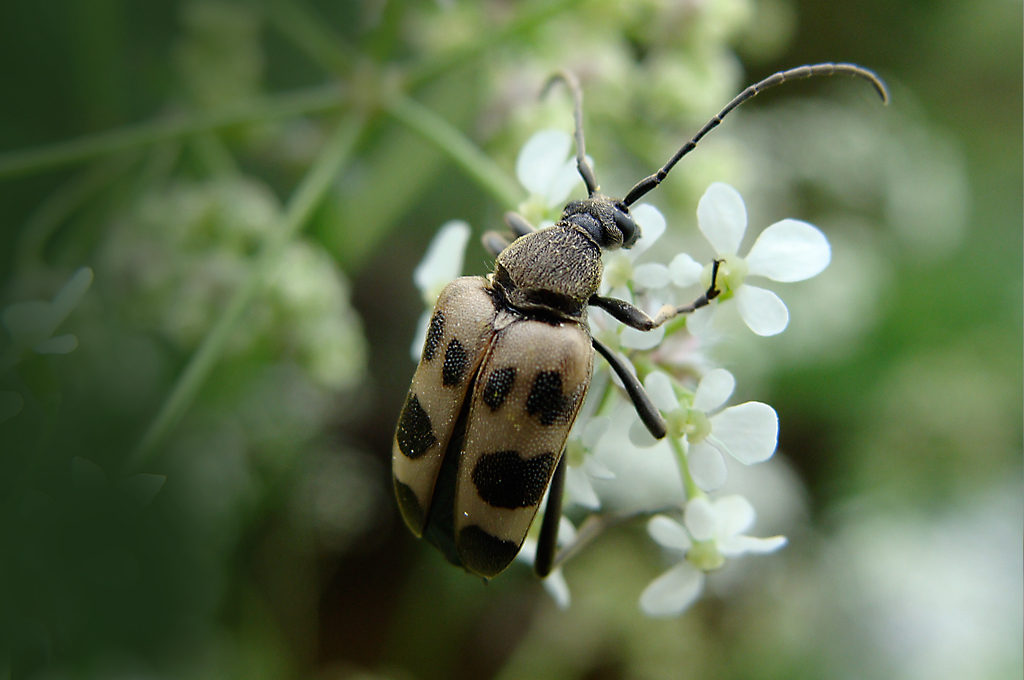 I came across this acrobatic beetle whilst walking along the banks of the river Rede in Northumbria in June 2008 whilst looking for Dippers. It’s a type of Longhorn flower beetle Judolia cerambyciformis found mainly in hilly and mountainous areas – this specimen was photographed on the edge of Keilder Forest. The larvae feed on the roots or the rotting wood of deciduous and coniferous trees before pupating below ground. The adults are between 7-12mm in length and are usually encountered on flowers from May to August. It’s a nationally scarce species so it was an unexpected bonus to find it. The species gets the name longhorn or long-horned from its very long antenna which are often longer than the body.

END_OF_DOCUMENT_TOKEN_TO_BE_REPLACED 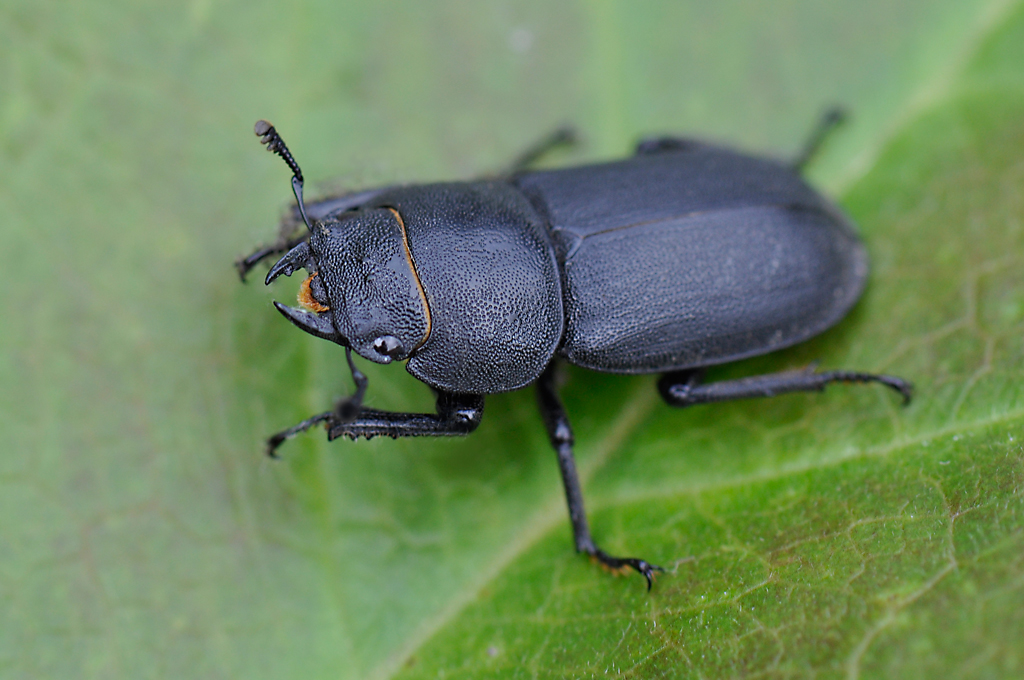 It’s a funny old business this entomology lark. I came across this large beetle whilst carrying out my monthly Riverfly survey on the River Og in Marlborough. After a bit of research I discovered it was a Lesser Stag Beetle Dorcus parallelipipedus which is normally found in deciduous woods. It feeds on sap and breeds in rotting stumps, particularly Ash, Beech and Apple. Then a week later I found one walking across my kitchen floor. Well there are no trees in the kitchen but the units themselves are certainly in a state of decay. Shortly they will find themselves in a recycling skip. The time has come to install the new kitchen that has been stacked in the lounge for the past 3 years. END_OF_DOCUMENT_TOKEN_TO_BE_REPLACED

An inordinate fondness for beetles 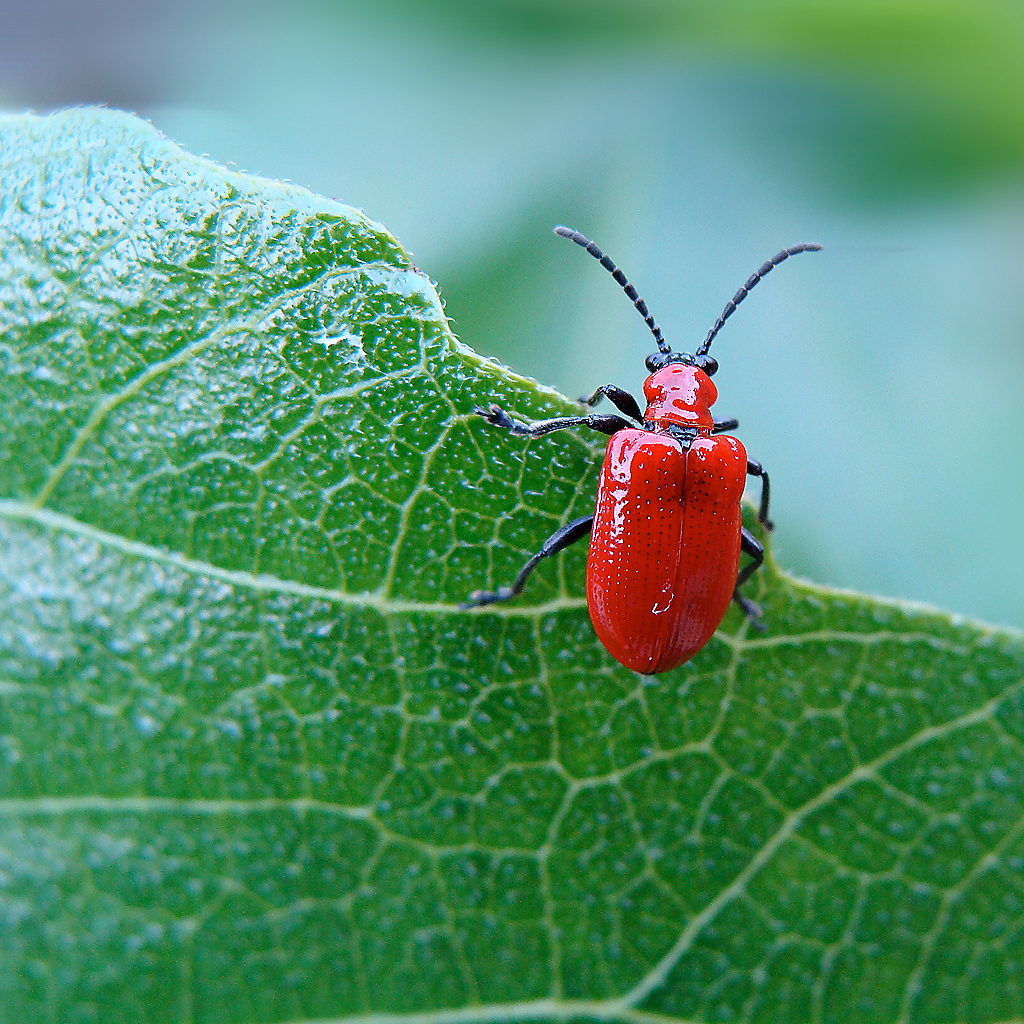 According to Evans and Bellamy’s book of the same name, when asked what could be inferred about the creator from His works, the British scientist Haldane allegedly replied “an inordinate fondness for beetles”. Whether he actually said this or not is disputed, for a start he was an atheist, but you can’t argue with the numbers. Over 350,000 species of beetle have been described since 1758, that’s more than 4 per day.

I’m pretty fond of them too, even little red devils like the one pictured above. Resplendent in black uniform and grenadier coat Liloceris lilii more commonly known as the Scarlet Lily Beetle is nonetheless a serious pest of lilies and fritillaries, eating its way through the stems, leaves and flowers. Mine have been totally devastated this year. This alien invader from ‘somewhere in the Mediterranean’ was accidentally introduced to England in 1939 and although primarily found in the south, it is now endearing itself to gardeners as far north as Scotland. END_OF_DOCUMENT_TOKEN_TO_BE_REPLACED

Although I’ve managed to capture some reasonable macro images like this one of a tiny Shining Fungus Beetle Scaphidium quadrimaculatum using a bridge camera as they are called (initially a Sony Cyber-shot H10 and more recently a HX1), I have to be honest and say it’s been more to do with luck than skill.

Even the very best of my macro images are not in the same league as those taken with proper macro lenses. It’s all to do with the quality of the lens or ‘glass’ as photographers like to call it. Of course I do work at it but as my HX1 has no manual focus I’m rather at the mercy of what it decides it’s going to autofocus on. With macro photography focus and sharpness is what it’s all about and with the majority of insects it makes sense for the point of focus to be the head or eyes. The only way I can work around this is to take lots of shots and just hope I get lucky. Sometimes I do but it can be a bit disappointing when I’ve come across something really unusual or particularly interesting only to find out later that the images are all just slightly out of focus.

So earlier this year I moved up to a Nikon DSLR but sadly that’s only half the battle, as to do the business it needs to be paired with a proper macro lens. I’ve got my eye on the Micro-Nikkor 105mm f2.8 but there’s just the small matter of the £600+ price tag which is more than I paid for the camera. Oh and adding a dedicated Speedlight macro flash unit will add another £650. Ouch.